Hear NFL legends, players, coaches, and media members from around the country sharing their stories and insights into what's going on around the League. In this segment, we induct former Harvard and BC Lions WR Marco Iannuzzi into our Guest Hall of Fame. Marco shares stories about what it took to get into and graduate from Harvard while being a part of their football team. We hear about how he came back from a serious shoulder injury so he could play in the game against Yale and how he only slept 1 out of every 10 hours during the day so we could do everything he had to do to graduate. We also hear about the work he does for charities all over Canada including taking the polar plunge in support of the Special Olympics. In this episode of Thursday Night Tailgate, we celebrate our 9th Anniversary by inducting 4 great guests and Legends into our Guest Hall of Fame: former Cowboys RB and Head Coach of the Broncos, Giants, and Falcons Dan Reeves, former Bucs Offensive Lineman and current Jets Offensive Line Coach Todd Washington, former Dolphins, Rams, and Chargers TE Randy McMichael, and former B.C. Lions WR Marco Iannuzzi. Hear them sharing stories from their careers plus insights into what's going on around the League. Former Georgia Tech, Jets, Broncos, and Texans DB Nick Ferguson joins us on this segment of Thursday Night Tailgate. Nick shares his insights on the Jets, Adam Gase, Sam Darnold, who's to blame for their 0-4 start, plus the Broncos under John Elway, and the Texans. In this week's Thursday Night Tailgate Spotlight on the Positive hear about the great things Denver Broncos DB Justin Simmons and new Pittsburgh Penguins LW Jason Zucker are doing to make a difference in their communities and the lives of others. Sirius/XM Radio Host Zig Fracassi talks Miracle on Ice, NHL, Plus What Could Be Next for Tom Brady, Dak Prescott, & the Dallas Cowboys on Thursday Night Tailgate

Sirius/XM Radio Host Zig Fracassi shares his memories of the 1980 US Hockey team and the Miracle on Ice, plus his insights on the NHL season so far, and what could be next for Tom Brady, Dak Prescott, and the Dallas Cowboys. Former USC, Falcons, and Rams RB Lynn Cain shares his thoughts on what needs to change at USC, plus reflects back on what could have been with the 1980 Falcons, plus his new job as Head Coach at LA Southwest Junior College. Tony Collins Talks About Where Else Tom Brady Could Land If It's not in New England, on this Segment of Thursday Night Tailgate

Tony Collins shares his thoughts on where else Tom Brady could land if he doesn't return to New England. We Wrap Up the 2019 NFL Season with Tony Collins, Lynn Cain, and Zig Fracassi on this edition of Thursday Night Tailgate

Tony Collins shares his thoughts on the Tom Brady situation including where Tony thinks he could end up if it's not in New England. Lynn Cains shares his insights on his alma mater USC, what the Falcons need to do in order to turn things around, plus his current job as Head Coach of LA Southwest Junior College. Zig shares his memories of the 1980 USA Miracle on Ice team, what's going on around the NHL, what he thinks the Cowboys will do over the off season, plus he weighs in on the Tom Brady situation as well. Jim Craig, 1980 US Hockey Gold Medal Goalie, Talks 40th Anniversary, Why It Wasn't a Miracle, and Much More on this Segment of Thursday Night Tailgate

Jim Craig joins us and shares memories from their incredible victories at the 1980 Winter Olympics. We talk about Bill Baker's shot to tie the game against Sweden. If that shot doesn't go in and they lost that game, even if everything else played out exactly as it happened, the Soviet Union would have won the gold medal. Hear that story plus the emotions of the Miracle on Ice game, how they were able to contain those emotions and come back 2 days later to beat Finland for the gold medal. Jim also talks about the suddenness of it all ending following their visit to the White House, and his new book, "We Win" that will be available at www.goldmedalstrategies.com soon. 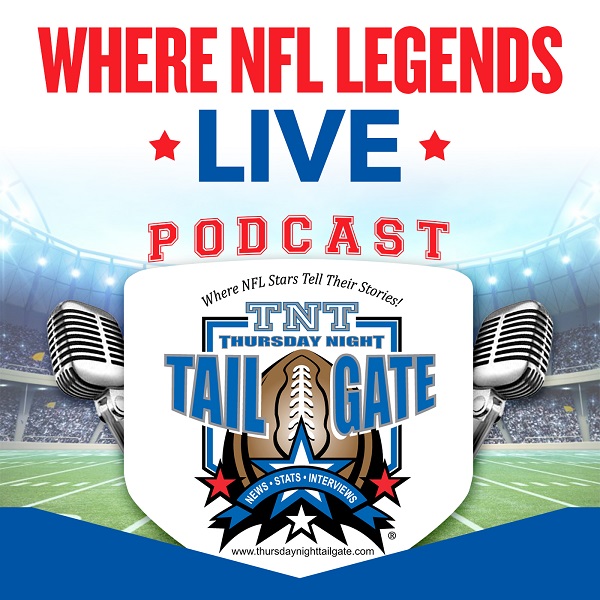 In this week's Thursday Night Tailgate Spotlight on the Positive hear about the great things Jets Center Jonotthan Harrison and 8 year old Keoni Ching are doing to make the world a better place. Chris Miller talks about opening week for the XFL 2.0 and what to expect from his Houston Roughnecks offense. He also talks about: his QB P.J. Walker, WR Sammy Coates, how well funded the League is, Vince McMahon's desire to leave a football legacy, plus some of the intriguing rules differences from the NFL.