The fellas at the Tap Takeover Podcast pay our annual visit to Lakefront Brewery to visit with owner Russ Klisch to discuss details of the long awaited Black Friday Beer Release! We'll be drinking some of Russ and the gang's newest Kwiek experiment, the newest Barrel-Aged Cacao Stout, three versions of the Black Friday Stout. And the treat of all treats...The Black Friday V! The very first Black Friday imperial stout from 2014 continuously aged for 5 years in a single bourbon barrel. I'm drooling just writing this... Is it worth $100 a bottle? Tune in to find out! Cheers! The boys from the Tap Takeover Podcast join Kelly's Greens at Ray's Growler Gallery to celebrate 420 in the best way possible! We've worked with Rob and the crew from Ray's to cultivate the ul;timate stoner-beer collection - munchie inspired, and nothing under 8% ABV! Join us as we discuss some fun upcoming events with a few of our favorite industry insiders including Spencer and Grae from Ray's, Billy from Young Blood Brewing in Madison, Marty from 1840 Brewing in Bayview, Milwaukee beer legend Kathy Flanigan, Ray's bartender Lisa's Dad Mike, fan favorite Dale from Toppling Goliath, and Erin Kelly from Kelly's Greens! Grab a joint of your favorite strain and a Joint IPA from 1840 or Eagle Park to enhance your listening experience. And happy 4/20! Cheers ??
Play Jim, Jesus and Alex sit down with Rob Zellermayer, Spencer McCoy and Grae Duerkop from Ray's Wine and Spirits and Erin Kelly from Kelly's Greens Handcrafted CBD Treats to preview a very special 4/20 Tap Takeover Podcast event at Ray's Growler Gallery next week! This is the first opportunity for the boys from the podcast to cultivate a beer list for a Tap Takeover event, and boy did we put together some can't-miss taps for our fans to enjoy. And Erin Kelly will be providing a wide variety of her famous edibles for sale to help enhance the good vibes. And the Tap Takeover Podcast fellas will be recording a special episode in the Growler Gallery with special industry guests, as well as all of our fans who care to tip back a pint with us to celebrate this year's stoner holiday! Get all of the amazing details right here. Hope to see you at Ray's Growler Gallery starting at 4pm on Wednesday 4/20/22 for a pour of some of our favorite rare beers! Cheers! ??
Play Jim sits down with MobCraft Brewing co-founder Henry Schwartz for a special Beer News episode as they talk about the return of the Solid NonFail Stout. Available only in the new Advent Beer Calendar, it's one of 24 beers specially brewed just for the calendar. They also discuss MobCraft's massive expansion into Denver, CO, Waterford, WI and Woodstock, IL with 3 new breweries. To fund the capital needed for the expansion, MobCraft has opened up Crowdsourcing based investment; where you as a listener and lover of beer can invest in a growing brewery. Grab your favorite coffee beer and tune in to hear all the exciting news. Cheers!
Play Central Waters Brewing from Amherst, WI is coming to Milwaukee and we've got all the amazing details on the new pilot house and a special beer news segment detailing the amazing tap list for the grand opening on Saturday October 16th! Black Gold fans, you'd better pay attention! On this episode of the Tap Takeover Podcast, the boys sits down with Anello Mollica co-owner of Central Waters brewery, Eric Gutbrod tap house manager, and Brendan Williamson head brewer to discuss the glorious history of Central Waters Brewing and the transition into a new and exciting chapter of that story taking place right here in Milwaukee. What's in store and on tap for the new crew in the old Pabst building? Grab a pint of your favorite barrel-aged concoction from Central Waters and give a listen. Cheers! ??
Play Have you ever dreamed of dumping your boring job and jumping into the role of brewery owner? On this episode of the Tap Takeover Podcast, Jim sits down with Chad Ostram of Brewfinity Brewing Co. and discusses his story of how he came to own an already established brewery in Oconomowoc, WI. Hear about all the pros and cons of purchasing a brewery versus starting from scratch, how he survived the pandemic and as always, what beers he would put on our taps. A brewer of traditional styles, Chad tells is how his sales manager took on the job of experimental brewer; bringing interesting twists to the beers on tap.
Play It's time for the Great Taste of the Midwest 2021! And this year's annual preview episode also ushers in the triumphant return of the Tap Takeover Podcast for a surprise 4th Season! We sit down to share a few pints and a few stories with organizers of the event, Fred Swanson and Jason Walters. We'll discuss the new format of the festival for a smaller crowd, what went on during the Covid-postponed 2020 season to keep the event alive for 2021, and we present some hot topic listener questions. Sit back and grab a pint of your favorite fest beer from years past and enjoy Episode 1 of the Tap Takeover Podcast season 4! Cheers!
Play 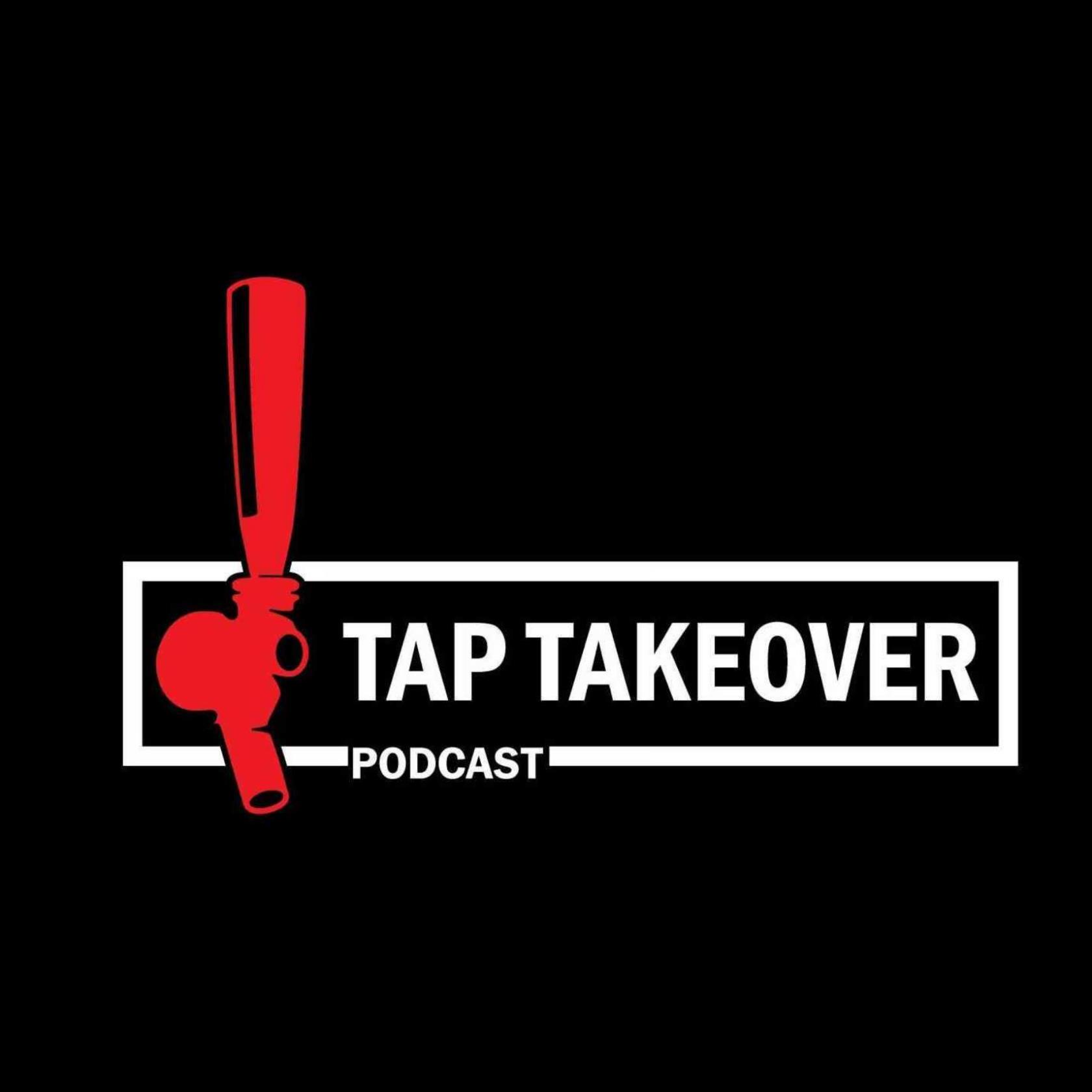 In this special edition of Beer News, Jim sits down with Kyle Vetter of 1840 Brewing Co to discuss his nomination to the USA Today's Top 10 New Breweries. They discuss how he was nominated, what it would be to him and MKE to win and why you should vote for him. Grab your favorite beer and listen in. Than grab every internet device to go vote for 1840 Brewing, link is below. Vote Early, Vote Often! https://www.10best.com/awards/travel/best-new-brewery/1840-brewing-company-milwaukee/
Play Join us for the 3rd Annual Pumpkin Patch Tasting on the Tap Takeover Podcast! 2019 may go down in history as the year that we not only ruined pumpkin pie for Andy, but we may have also ruined rum for him. Jesus has included a wide variety of traditional pumpkin beer styles as well as some pretty weird entries to the tasting. Plus we're joined by a special guest, our videographer and music man Vincent Clore! Grab your favorite pumpkin beer and laugh along with us. Cheers and Happy Halloween! ??
Play As we close out our beer festival season coverage here on the Tap Takeover Podcast, we come now to the granddaddy of them all - The Great Taste of the Midwest! Often called one of the greatest beer events in the world, sometimes called Christmas in August, and many times simply referred to as "being welcomed home, The Great Taste in Madison, WI is put on by an army of volunteers who help the entire endeavor run smoothly. This year, we talked with a number of "rookie" brewers who were pouring at the fest for the first time, as well as some heavy hitters who have been around the fest a time or two. Old friends and new faces alike, and the Tap Takeover podcast is here to bring our listeners along for the wild ride! Plus, lots of breaking news from Old Nation, Hop & Barrel, The Brewing Projekt, 3 Sheeps, Hop Butcher, Listermann, Mobcraft, 2019 Great Taste Chairman Jason Walters, Mikerphone, Dan Carey from New Glarus, Revolution, Central Waters, Goose Island, 3 Floyds, Funk Factory Guezeria, and Great Taste Head Brewery Liaison Fred Swanson. Grab a bottle of your favorite rare beer and join us for the fun! Cheers!
Play Join the Tap Takeover Podcast fellas as at the 2019 World of Beer Fest for our Summer Festival series! Hosting in a new location this year, The Milwaukee Beer Barons pulled out all the stops for South East Wisconsin's oldest beer fest. Find out how the Brewers liked the new venue, and what makes WOB Fest so special to brewers and attendees alike. Plus, some breaking news from Lakefront Brewery about the new beers which will be available for the 2019 Black Friday release! Grab a pint of your favorite Oktoberfest Bier and share in the gemutlicheit. Cheers!
Play
Show More Episodes