We are continuing our trek though the Monday Night Wars. This week we are watching the December 11th 1995 Editions of both Raw and Nitro. Join us on YouTube at 5PM central every Monday before WWE Raw. WWE Network Link for RAW: https://watch.wwe.com/episode/Raw-5583 Raw December 11th 1995: WWF Champion Bret Hart takes on Bob Backlund in the main event. Ted Dibiase and his hand-picked tag team of Sycho Sid & The 1-2-3 Kid discuss their goal to bring the Tag Team Championship home to the Million Dollar Corporation. Plus, Ahmed Johnson, Aja Kong, and more in action. WWE Network Link for Nitro: https://watch.wwe.com/episode/WCW-Monday-Nitro-2117 Nitro December 11th 1995: Sting teams with Hulk Hogan to face Ric Flair & Arn Anderson. WCW World Heavyweight Champion "Macho Man" Randy Savage discusses his future and his upcoming match against The Giant. "Hacksaw" Jim Duggan faces Lex Luger. The Four Horsemen, Eddie Guerrero, and more are also featured. If you would like to follow along you can watch both RAW and NITRO on the WWE Network. 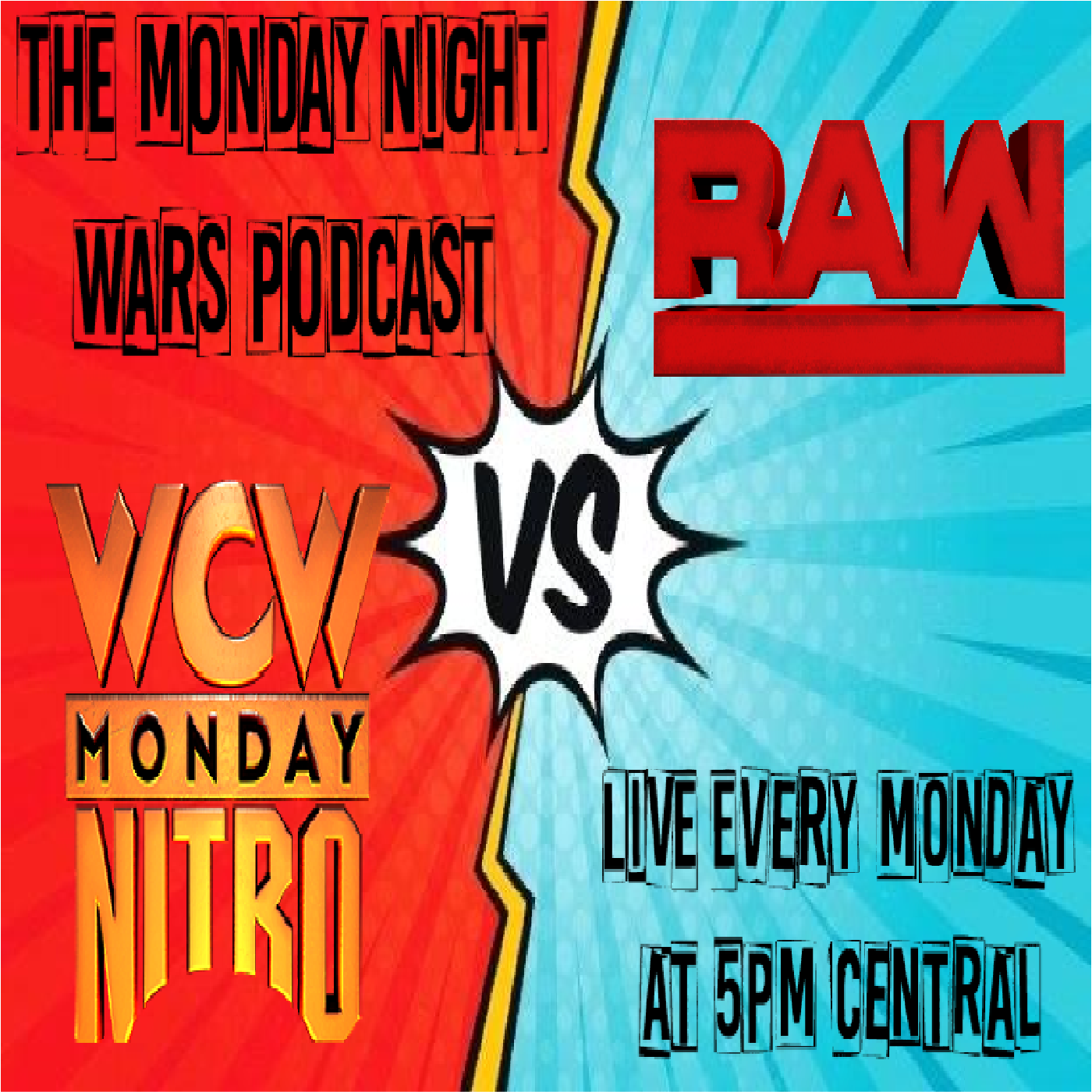 In this episode we talk about the NWA Hard Times PPV that was on FITE TV. We take a look at the cards for tonight on H20 Wrestling: Subterranean violence and FSW: No Escape.
Play

Episode 17: On January 6th at 5PM CST we are going live on YouTube to continue our adventure through the Monday Night Wars. Next week we are watching the December 25th 1995 Edition of WCW Nitro, no RAW aired on this week. Watch WCW Nitro at: https://watch.wwe.com/episode/WCW-Monday-Nitro-2167 "On this special holiday episode of WCW Monday Nitro long time rivals face off once again when 'Nature Boy' Ric Flair battles WCW World Heavyweight Champion, 'Macho Man' Randy Savage. Dean Malenko goes one on one with Mr. JL. Sting battles Big Bubba. Lex Luger and many more are featured." Then we will be reviewing the January 1st 1996 Edition of both RAW and Nitro. If you would like to follow along you can watch both RAW and NITRO on the WWE Network.
Play

In this episode we go over the plan for this weekend. We have the GCW PPV event and Impact Wrestling Event over the next two days. We are going to go over their card's and also talk about and review some merch ordered from GCW.
Play This is the first episode of the T&T Wrestling Podcast. This first episode covers the GCW: Jimmy all the Way PPV that was on FITE.TV and aired on 12/26/19. For a deeper dive, check out our blog at ttwrestling.com
Play

Episode 16: On December 23rd 2019 we are continuing our trek though the 90's by re-watching the Monday Night Wars. This week we are watching the December 18th 1995 Editions of both Raw and Nitro. Join us at 5PM central every Monday before WWE Raw. WWE Network Link for RAW: https://watch.wwe.com/episode/Raw-5605 Raw December 18th 1995: Razor Ramon defends his Intercontinental Championship against Yokozuna. With the future of Shawn Michaels' career in question due to injury, WWE pays tribute to the Heartbreak Kid. Brother Love welcomes Ted Dibiase to his show. Plus, Jeff Jarrett takes on Fatu, Buddy Landel makes his WWE debut, and The Undertaker delivers a message to an old enemy. WWE Network Link for Nitro: https://watch.wwe.com/episode/WCW-Monday-Nitro-2238 Nitro December 18th 1995: Hulk Hogan continues his quest to rid WCW of the Dungeon of Doom. "Macho Man" Randy Savage battles The Giant in the main event. Ric Flair goes one-on-one with Eddie Guerrero. Sting faces Earl Robert Eaton. Lex Luger takes on Marcus Bagwell. Madusa makes a shocking announcement regarding her championship title and much more. If you would like to follow along you can watch both RAW and NITRO on the WWE Network.
Play

Last podcast of the night folks, I'm serious. Its been a great day of wrestling. Here are the full results for "Into the Fire"
Play

NWA PowerrrHouse Podcast - Before "Into the Fire"

This is some last minute news and information about tonights NWA Pay Per View, Into the Fire. Make sure you check out this incredible Pay Per View on Fite.Tv
Play

12/11/19 - Today we have quite a bit to cover and talk about. We have some NWA news to cover, we are going to talk about the NWA Pay Per View In to the Fire and look at some fan theories of what may or may not happen this weekend. We talk about NWA history. We play Booker Man one more time and then we wrap all this up with another rule added to the NWA Powerrr Season 1 Drinking Game.
Play Raw December 4th 1995: Dean Douglas challenges Razor Ramon for the Intercontinental Championship. On The Brother Love Show, King Mabel expresses his disdain for The Undertaker and unveils a surprise for the Deadman. Plus, Marty Jannetty takes on Sycho Sid, Fatu battles The Brooklyn Brawler, and more. Nitro December 4th 1995: "Macho Man" Randy Savage puts the WCW World Heavyweight Championship on the line against Lex Luger. The WCW executive committee levies heavy sanctions against Hulk Hogan, The Giant, and Ric Flair. Harlem Heat battles The American Males. Ric Flair has a big surprise in store in the form of an NBA legend. Plus, Sting, Scott Norton, and many more. If you would like to follow along you can watch both RAW and NITRO on the WWE Network.
Play This is the first T&T Wrestling NWA PowerrrHouse Podcast! Today we are discussing season 1 of NWA Powerrr, we are talking about the up and coming PPV Into the Fire. We will be playing the game "Booker Man" and booking into the Fire and make uneducated guesses on who we think is going to walk away winners. We also cover in depth episode 9 of Powerrr and talk a little bit about the Rock and Roll Express.